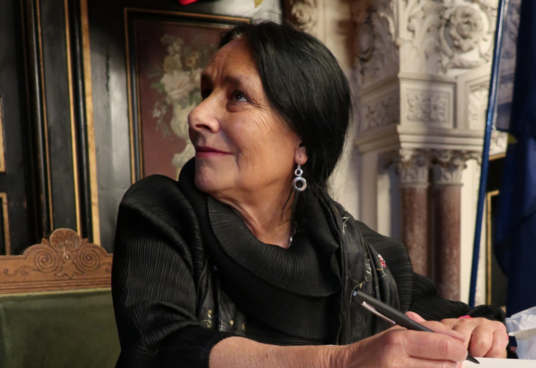 Suzanne Lebeau is internationally recognized as a leader in playwriting for young audiences. She is among the most-performed Quebec playwrights in the world, with more than 250 productions of her works on all continents. Her plays have been published in many countries and translated into 26 languages. Suzanne Lebeau’s exceptional contribution to the flourishing of theatre for young audiences has earned her numerous awards and distinctions, including the Governor General’s Literary Award for Drama in 2009; for Le bruit des os qui craquent ; the Prix Athanase-David 2010, and the Governor General’s Performing Arts Awards: Lifetime Artistic Achievement – Theatre in 2016. In 2018, the French Republic made her Knight of the Order of the Arts and Letters. In 2019, she received the title of Compagne de l’Ordre des arts et des lettres du Québec. 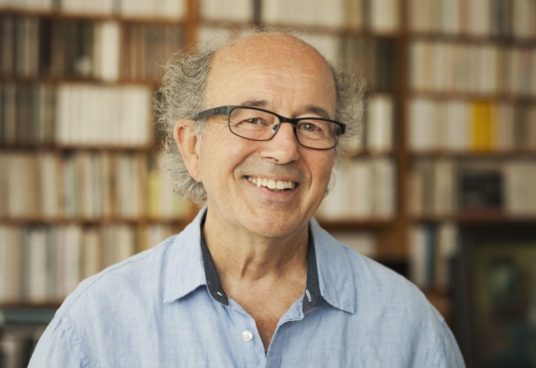 Gervais Gaudreault performed in the company’s early productions. However, he was soon bitten by the directing bug. In the 1980s, he directed Une lune entre deux maisons, Le Carrousel’s first show to tour internationally. Since then, he has directed most of the company’s productions, including L’Ogrelet, Petit Pierre (Technical Merit award – Canadian Institute for Theatre Technology), and Le bruit des os qui craquent (critics’ award, theatre for young audiences category –  Association québécoise des critiques de théâtre). During his career, he has directed almost 30 plays, including a dozen productions in foreign languages (English, Spanish, Italian, Japenese, Mandarin, and Polish). Gervais Gaudreault is also an experienced teacher; he taught vocal techniques in the Option-Théâtre program at Collège Lionel-Groulx, and he directed public readings at the National Theatre School of Canada. His expertise has earned him frequent invitations to France, Argentina, Mexico and Japan.

Date
Description
Foundation of the company

To write this play, Suzanne Lebeau adopts the point of view of the child: “Starting with this text, my writing would carry, between the words and images, the presence of children, a direct, effective, decisive, vibrant presence even in what is not said, and the incredibly theatrical suggestion that one dares to make so rarely to children, always deeming it necessary to explain.”

Gervais Gaudreault directs for the first time with this first version of Une lune entre deux maisons, which will be performed 675 times in French, English, and Spanish. The play will be presented again twice more in the company’s history, and more than thirty other productions of Une lune entre deux maisons will have been staged for audiences over the next forty years.

Gil is Suzanne Lebeau’s adaptation of a novel by Howard Buten, Quand j’avais cinq ans je m’ai tué. Gervais Gaudreault directs the play. The show sends shock waves through the adults who attend the performances, but wins the award for the best production for young audiences 1987–88 (Association québécoise des critiques de théâtre/AQCT). Suzanne Lebeau says about Gil, “For the first time, I felt in my heart that there are limits to what we can present to children and that these limits come not from the children for whom I’m writing, but from the adults around them.”

Also in 1988, Alain Grégoire directs Hélène Lasnier’s 242M106. It is Le Carrousel’s first experiment with a production aimed at teenagers.

Also in 1989, Alain Grégoire resigns as co-director of Le Carrousel but continues to work freelance with the company for a year before taking on a two-year stint at the Ministère des Affaires culturelles, becoming director of theatre for Québec.

In 1990, Gervais Gaudreault becomes the company’s exclusive director: he will direct all the shows for Le Carrousel for the next 20 years.

Between 1990 and 1995, he directs three new plays by Suzanne Lebeau: Conte du jour et de la nuit, Contes d’enfants reels, and Salvador, which is presented at the New Victory Theater on Broadway.

Le Carrousel takes on the world

Salvador is presented in English in New York and Philadelphia (1997) and Albuquerque (1998).

L’Ogrelet is premiered in 1997 by Le Carrousel, in co-production with Théâtre du Vieux-Terrebonne. In 1999, the show receives Masques awards for original text and lighting design (Académie québécoise du théâtre). Dominique Gagnon, Le Carrousel’s technical director, designed the lighting for L’Ogrelet. Dominique was involved in all of the company’s productions for 28 years (1990 to 2018).

L’Ogrelet becomes one of the most important plays in the company’s repertoire, with more than 450 performances in Argentina, Belgium, Canada, France, Italy, Mexico, Québec, Spain, and Switzerland. The show goes on to be presented in French, English, Italian, and Spanish for many years.

Three years later, he premieres Le pays des genoux by Geneviève Billette, an author hosted in residency at Le Carrousel. The show is a new co-production with L’Espace Malraux in Chambéry, France.

First appearances at La Comédie Française and in Asia

In 2006, Souliers de sable is premiered.

In 2008, Marie-Eve Huot begins a long-term internship at Le Carrousel, following which the co-directors invite her, with her company Théâtre Ébouriffé, to a four-year residency.

In 2010 and 2011, the award-winning play is presented by La Comédie-Française.

In 2009, Gervais Gaudreault reprises Petit Pierre in Mandarin, in co-production with the Taipei Children’s Arts Festival. This first foray into Asia will be followed by several others in coming seasons.

A long-term collaboration also begins between Le Carrousel and Théâtre le Clou in 2010: Both companies have been working on relocation projects. They finally reach an agreement with the Centre culturel et communautaire Sainte-Brigide-de-Kildare to relocate their respective organizations to the former Sainte-Brigide church.

To this relocation project is attached a third, newly created entity that is to become a service organization devoted to the field of theatre for young audiences. Le Cube, centre de recherche et de création, has a mission complementary to that of Maison Théâtre, which meets the many needs of young companies whose vitality ensures that the practice will continue to evolve.

The collaboration between Le Carrousel and Le Clou seems relevant and natural, as both companies are interested in young audiences: children (Le Carrousel) and teenagers (Le Clou). The investment project of both companies is added to that of Le Cube, centre de recherche et de création, intended to become the owner of the former Sainte-Brigide church that would provide a home for the three organizations.

In fall 2011, wishing to integrate Marie-Eve Huot fully into the company’s operations, the co-founders ask her to direct the reprise of Une lune entre deux maisons. Her work earns her the LOJIQ/RIDEAU Francophonie award for 2013.

In 2013, Gretel et Hansel is premiered. The show is to become one of the company’s key works and will be presented in French, English, Spanish, and Japanese.

Gretel et Hansel is performed 275 times before audiences in Argentina, Belgium, Brazil, Canada, France, Japan, Québec, South Africa, Spain, and the United Kingdom between 2013 and 2019. At the time it is first presented, no one imagines that the show will also presented online in Argentina and Paraguay in 2021, during the pandemic.

In 2014, Le Carrousel makes its first foray into adult theatre, premiering Chaîne de montage, in co-production with Théâtre de Quat’sous. The show is presented in France and Argentina in 2015.

In 2014, Marie-Eve Huot becomes an associate artist at Le Carrousel.

In 2016, Marie-Eve Huot directs Martin Bellemare’s Des pieds et des mains, the last production by Théâtre Ébouriffé, the company that she co-founded in 2007. Le Carrousel becomes associate producer of this show, following the closure of Théâtre Ébouriffé in 2017.

In 2017, Le Carrousel plays for the first time in Africa, presenting Gretel and Hansel at the Cradle of Creativity festival during the 19th World Congress of ASSITEJ, in Cape Town, South Africa.

In 2018, Gretel y Hansel wins the Premios Atina award for best foreign play presented in Argentina, and Gervais Gaudreault reprises the show in Japanese, in co-production with the Kanagawa Arts Theatre in Yokohama, Japan.

A year after the COVID-19 pandemic begins, in order to keep in touch with its audiences who can’t go to the theatre, Le Carrousel returns to schools with the invisible theatre project La question du devoir.

She premieres Antigone sous le soleil de midi, a play that Suzanne Lebeau wrote for her. This production closes the 10-year circle of transmission with the co-founders of Le Carrousel.

As always, there’s more to come …