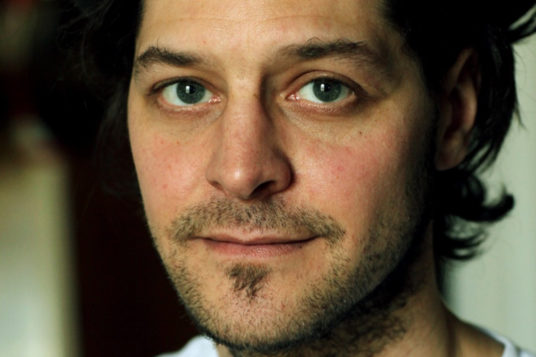 A graduate of the playwriting program of the National Theatre School of Canada, Martin Bellemare received the 2009 Prix Gratien-Gélinas for Le Chant de Georges Boivin. He received a creative assistance grant from CNT/ARTCENA for La Liberté, Moule Robert (Bourse CNL, finalist for the Prix de la dramaturgie francophone de la SACD 2017, Prix Michel-Tremblay 2018), Maître Karim la perdrix (Prix de la dramaturgie francophone de la SACD 2018), and for the play for young audiences Charlie et le Djingpouite (finalist for the Prix Louise-Lahaye 2020). He has led workshops and attended writing residencies in West Africa, Québec, and Europe, including Poland, where he wrote three short plays for the DramEducation francophone project “10 sur 10.” He was a finalist for the 2020 Siminovitch Prize, which celebrates excellence and innovation in contemporary Canadian theatre. His play Coeur minéral received the 2020 Governor General’s Award. His plays are read and performed in West Africa, Canada, and Europe, and are published by Dramaturges Éditeurs and Lansman. 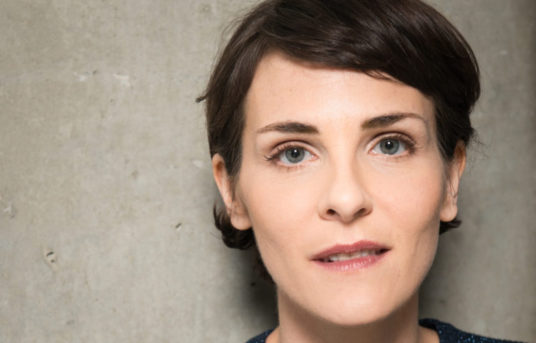 Dominique Leclerc is co-director of Posthumains, a production company that focuses on how NBIC technologies impact individuals and societies. She wrote, co-directed, and starred in the play Post Humains. Premiered at Espace Libre in 2017, the play was reprised at the same venue in 2019, toured Québec, and was performed at the Carrefour international de théâtre de Québec and the Schaubühne Festival International New Drama in Berlin. A finalist for the 2018 Prix Michel-Tremblay, Post Humains was published by Éditions L’Instant même. The company’s second production, i/O, was presented in fall 2021 at Centre du théâtre d’aujourd’hui. From 2009 to 2020, Dominique was co-director of Les Biches Pensives. She is a co-creator of the collective show Rien à cacher (Possibles et Jamais Lu), and Ishow, presented several times in Canada and on tour in France. Since 2013, she has toured internationally with Théâtre Tout-à-Trac’s Alice in Wonderland, directed by Hugo Bélanger. 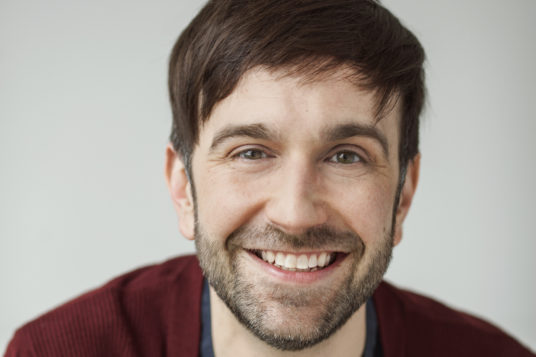 Patrice Charbonneau-Brunelle is a Montréal multidisciplinary artist who specializes in set design. Early in his career, he stood out for his work in theatre for young audiences by designing sets, costumes, puppets, and props for more than 15 shows, including Des Pieds et des mains and Une Lune entre deux maisons (Le Carrousel); Marguerite, Ginkgo et la jardinière and Papoul, Mère Merle (Théâtre Bouches Décousues); and Alice au Pays des Merveilles and Pinocchio, Alice de l’autre côté (Théâtre Tout à Trac). Many of these productions toured Quebec, the United States, and various countries in Europe and Asia. For general audiences, he participated in the creation of atypical performances by emerging artists, such as iShow (Les Petites Cellules Chaudes) and La Pudeur des urinoirs (Théâtre Kata), as well as in high-calibre productions in established theatres, including 1984 (Théâtre Le Trident/Théâtre Denise Pelletier) and Rose et la Machine (Porte Parole). Today, Patrice is co-artistic director (avec Dominique Leclerc) of Posthumains, a company whose mandate is to explore the relationship between human beings and technology. 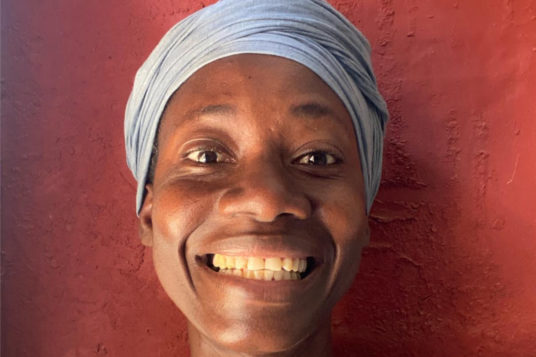 She made her debut in theatre in 1994, after she took acting workshops with Marcià de Castro at the Centre Culturel Français in Dakar. In 1997, she received a scholarship from the Coopération Française for a year studying at the Dadka Riaskova theatre school in Paris. When she returned to Dakar, she created Côté Jardin, a theatre company for young audiences and the first clown theatre company in Senegal. In 2005, she and her husband, Alessandro Fanni, created the DJARAMA association and an art centre for young people for research, training, and production in the circus arts, theatre, and puppetry in Ndayane, near Toubab Dialaw and 50 kilometres from Dakar. The venue includes a 150-seat theatre, a community school, and an orchard. Since 2013, DJARAMA has organized the DJAM’ART international puppetry festival in Senegal, dedicated to street children. Today, she is artistic director of the Pôle culturel Djaram’Arts, a director, and a trainer for theatre for young audiences. She continues to write, produce, and play for children the world over. 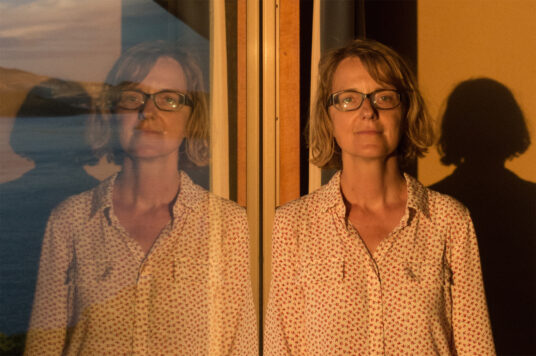 Karin Serres is an author, director, and set designer who lives in France. She has received grants from the Région IDF, the CNL, Artcena, and the Institut Français and has written more than 80 plays for children, teenagers, and adults, most of which have been published, produced, and translated. Favouring the disorientation of residencies both near and far, and loving the diversity of languages, she also writes radio plays, novels, and children’s books and seizes every opportunity to broaden her artistic horizons by intertwining her theatre work with other art fields, in France and elsewhere. Recognizing the strength of collective intelligence, she co-founded Les Coq Cig Gru and LABO/07, is a board member of Write Local, Play Global, and is on the editorial committee of Espace(s). This season, she is working specifically with La Loba (49), Entre Chien & Loup (71), Méta (64), and the Observatoire de l’Espace, the cultural laboratory for CNES. Her plays are published by Théâtrales, L’Ecole des Loisirs, Espaces 34, Lansman, and Actes Sud; her novels by Alma, Stock, Rouergue, and Typhon; and her children’s books by Rouergue, Cosmographe, Flammarion, Locus Solus. 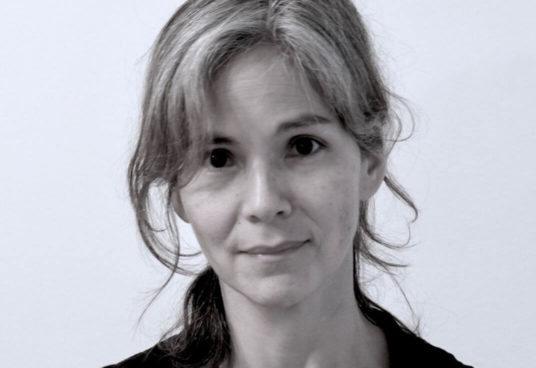 A graduate of the Conservatoire d’Art dramatique de Québec, Marie-Christine Lê-Huu divides her time among writing, performing, and directing. The lines of tension that underlie her work are the relationship between memory and forgetting and the foundations of individual and collective identity. She has been nominated for the Gala des Masques and the Governor General’s Awards. Recently, her play Fils de quoi?, about intergenerational transmission in an immigration context, earned the APTQ’s award for best play for young audiences. Currently, Marie-Christine is working on the project Oiseau, which explores the constrictive nature of social norms, and is finishing writing a one-person show for actor Annie Darisse. After she wrote Je cherche une maison qui vous ressemble, a play that was produced in 2018 on the initiative of Catherine Allard, she and Catherine began to share artistic direction of Autels particuliers, which they founded together. 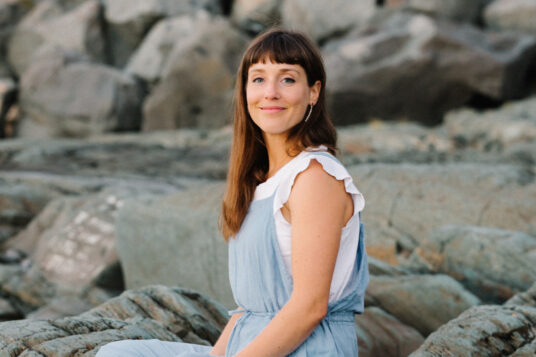 Based on her observations of nature, her readings, and her time spent with artists of all disciplines, Stéphanie focuses on humans’ relationship with the rest of the living world. Her paintings on canvas feature superimpositions of coloured, contrasting, and harmonious coloured marks inspired by the palettes and forms of territory around her. In her work, her techniques expand beyond painting to photographic transfer, embroidery, cyanotype, sewing, and collage.

“I fell in love with freedom and vitality and something sort of sacred about the work of visual artist Stéphanie Robert – qualities that I also associate with childhood. Le Carrousel has commissioned 45 small works from Stéphanie that relate, in an abstract way, to the company’s artistic offerings. I’m happy with and proud of this artistic association, which opens up a new and hope-filled partnership.” 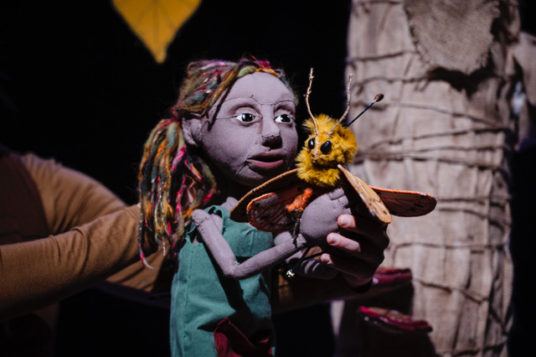 Founded by puppeteer Kristina Troske, Collectif Ausgang is a group of artists who come together to share projects and interests. Kristina is the collective’s artistic and administrative driving force. Her close collaborators are Céline Chevrier (puppeteer) and Kristelle Delorme (assistant director and stage manager).

As a collective, we devote ourselves to developing a style of puppetry not based on text. Using a contemporary approach to puppetry in which the handlers are in view, we tell simple stories with the potential to resonate with everyone. The collective works with contributors who change from project to project, and who become full members of the team during the production period. 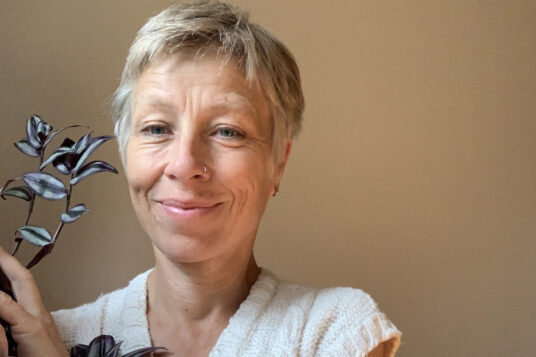 Kristina has training in acting and social work. She is attracted to puppet theatre for its poetry and strong images. She enjoys both designing and making puppets and performing with them; she uses some of her puppets as educational tools. Her projects for 2022–23 include earning a diploma in visual arts, collaborating with other Montréal artists, and touring a new show for children, L’amour te reviendra, which talks about the importance of nature in our lives.