Suzanne Lebeau has been drawn to the theatre since 1966. At first, she was headed for a career as an actress: from 1966 to 1973, she played Molière, Ionesco, and Stoppard as she continued her training with Jacques Crête and Gilles Maheu in Montreal, then with Étienne Decroux in Paris. She also spent a year training in Poland, dividing her time between the Pantomime Theatre and the Puppet Theatre in Wroclaw.

After founding Le Carrousel with Gervais Gaudreault in 1975, Suzanne Lebeau gradually gave up acting to devote herself exclusively to writing. Today, she has twenty nine original plays, three adaptations, and several translations to her credit, is internationally recognized as a leader in playwriting for young audiences, and is among the most-performed Quebec playwrights in the world with more than 200 productions of her works on four continents. Her plays have been published in many countries and translated into 26 languages. Une lune entre deux maisons (1979), the first Canadian play written specifically for young children, has been translated into six languages; Salvador (1994), presented at the New Victory Theatre on Broadway, has been translated five times; and L’Ogrelet, produced in French, English, Italian, and Spanish by Le Carrousel, has also been translated into Catalan, Czech, Euskara, German, Galician, Greek, Maya, Polish, Portuguese, Russian, Ukrainian, and Xhosa (South Africa). Her most recent play, Le bruit des os qui craquent, premièred by Le Carrousel (2009), is also being staged by La Comédie-Française (2010 and 2011). Four books dedicated to her writing have been published in France and in Spain : Itinéraire d’auteur, by La Chartreuse – Centre national des écritures du spectacle (2002), Las huellas de la esperanza, by Ensayo ASSITEJ-España (2007), Le choix de Suzanne Lebeau, by Théâtrales (2013), and Le vrai désespoir, c'est l'indifférence, by Lansman Éditeur (2013). In 2019, Dramaturges Éditeurs published Écrire pour les jeunes publics: une conquête de la liberté, a work drawn from her PhD dissertation.

Since 1993, Suzanne Lebeau has made regular trips to La Chartreuse – Centre national des écritures du spectacle, in France, to give workshops and lectures and to participate in playwright residencies. The Musée de la civilisation in Quebec City asked her to act as an artistic consultant for the exhibition Grandir (1997) and to write texts for the exhibition De quel droit? (1998), produced for the fiftieth anniversary of the Declaration of Human Rights. In 1999, she went to Corsica for a residency at Théâtre Alibi, where she wrote a play with a group of children, and, as a recipient of the Canada/Mexico Scholarship, she did a two-month residency in Mexico, leading workshops with both writers and children; festivals in Africa, Argentina, Australia, Brazil, Japan, Mexico, Poland, Russia, Spain, South Korea, and the United States have invited her to give lectures and workshops. Since 2007, Théâtre Jean-Vilar de Vitry-sur-Seine and Suzanne Lebeau have been working together through an art exchange agreement with the Conseil régional d’Île-de-France. She was invited by Wajdi Mouawad to be the first artist to direct a workshop for writing for young audiences, which took the form of master classes, for the French Theatre Lab at the National Arts Centre of Canada (2009). Experienced pedagogue, she taught writing for young audiences at the National Theatre School of Canada for 13 years and acts as a consultant for young authors in Canada and other countries, contributing to the emergence of new written works.

The importance of Suzanne Lebeau’s body of work and her exceptional contribution to the rise of the genre of theatre for young audiences, both in Canada and abroad, has earned her many prizes and awards, including the Prix de littérature dramatique des collégiens, Île-de-France Collidram (2010), the Governor General's Literary Award for Drama (2009), the Prix Sony Labou Tansi des lycéens (2009), the Distinction de la Comédie-Française (2008), and the Prix des Journées de Lyon des auteurs de théâtre (2007) for Le bruit des os qui craquent. The Assemblée internationale des parlementaires de langue française made her a Knight of the Order of the Pleiades for her body of work (1998). The government of Quebec awards her the Athanase-David prize, the most prestigious reward for career achievement given to a Quebecois writer (2010). She received the Governor General's Performing Arts Awards: Lifetime Artistic Achievement – Theatre (2016), the Canada’s foremost distinction for excellence in the performing arts. In 2017, she received the ASSITEJ Inspirational Playwrights Award. In 2018, the French Republic made her Knight of the Order of the Arts and Letters. In 2019, she received the title of Compagne de l’Ordre des arts et des lettres du Québec, and her play Trois petites sœurs won the Prix Louise-LaHaye (CEAD). She also received the CINARS (2012) and RIDEAU (2013) tribute awards; the Gascon-Thomas Award (2013) from the National Theatre School of Canada; and the Prix de La Belle Saison (2015), awarded by the Centre national du Théâtre (France), for her body of work.

Knight of the Order of the Arts and Letters of the French Republic, 2016

Prix RIDEAU Hommage (Québec, 2013) for her body of work

Prix Athanase-David (Prix du Québec, 2010), the highest distinction in Quebec granted to a writer for his or her body of work. 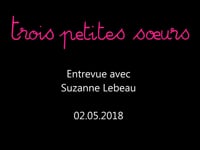 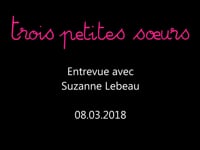 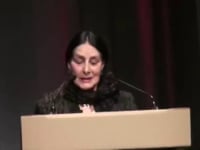 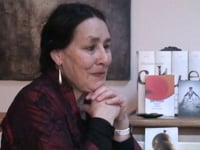 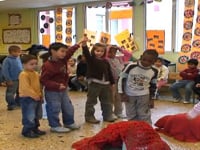 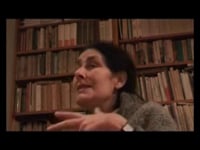 « Censorship... and Self-censorship »
Young People and the Arts Australia - National Symposium : Speaking in tongues : how do we translate the collective language of the arts? ; Sydney, Australie juillet 2012